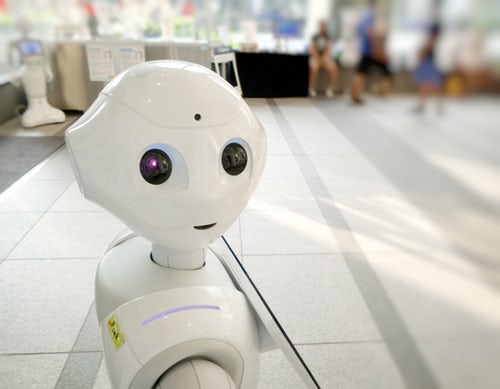 Emotional Intelligence refers to an individual’s ability to recognize and control their own emotions as well as maintaining a level of consciousness of the affect they may have on others. Additionally, emotional intelligence includes an individual’s ability to socially engage with others from an emotional perspective; a capacity to understand their emotional position and an aptitude to build relationships based on establishing a rapport. There are 5 dimensions that are used to assess an individual’s level emotional intelligence; 1) self-awareness, 2) self-regulation, 3) motivation, 4) empathy and 5) social skill.

Self-Awareness is sort of like a personal, introspective SWOT analysis. It is an individual’s ability to accurately assess their own personality, to include their personal thoughts and beliefs as well as their strengths and weaknesses. While there are varying degrees of self-awareness, having a heightened level of self-awareness facilitates the ability to understand others, how you may have an effect on others, and how they may perceive you. Additionally, self-awareness is correlated with attitude; prompting the ability to make necessary adjustments as required in a given situation.

Self-Regulation is essentially an individual’s ability to think before they speak, or react. It is based on person’s ability to have self-control over; 1) their personal feelings and 2) their physical reactions, or response, to a given situation. A physical reaction consists of a person’s response to jump in front of a car to save a baby, as well as control over their facial expressions when they are told they must fire a co-worker that is also a close friend. While these are dramatic examples, they are to illustrate that it assess an individual’s reaction as a whole, as well as their reaction as a part of the whole. In general it is the ability to separate oneself from their personal emotions to make sound decisions- to not let personal emotions cloud judgment.

Motivation evaluates a person’s internal drive to succeed. According to Daniel Goleman, it is an individual’s “passion to work for reasons that go beyond money or status” with “a propensity to pursue goals with energy and persistence.” For example, the founders of many non-profit organizations exhibit high levels of motivation, in that they are driven to improve the lives of others and often their persistence is a result of compassion, rather than money or status. In general, financial gains are secondary to their efforts. An additional example of a group of individual’s that generally exhibit motivation in this respect is members of the military. They must maintain high standards and endure high levels of risk for the greater good of society, with minimal financial gain or status.

In short, empathy refers to a person’s ability to feel and understand the emotional needs of others. It occurs as a result of an exchange in communication where individuals share and identify with one another from an emotional perspective. It is the ability to identify with another person so as to build a relationship with that person solely based on emotional attributes. While empathy is an independent dimension of emotional intelligence, it is an attribute that plays a part in the development of social skills and facilitates that ability to build relationships with others. Empathy is often considered to be synonymous for sympathy, which is incorrect. Sympathy is more so a one way exchange where an individual acknowledges a hardship another may have experienced without actually identifying with, or understanding, the others hardship.

Social skill is a characteristic that evaluates an individual’s ability to socialize with others and often a person with great social skills places the group before self; they recognize the power of the team over self. They are characterized by their ability to listen and communicate, effectively building strong relationships with others; based upon the degree of their level of social skills. While empathy can, and does at times, play a part, social skills evaluates a person’s broad ability to interact with others in an effort to establish common ground and build relationships. A person with great social skills is able to make others feel good about their self regardless of the situation, and they are highly effective in communicating. While people in sales are generally perceived in a negative context, good sales men and women usually possess high levels of social skill.

How to Become an LLC