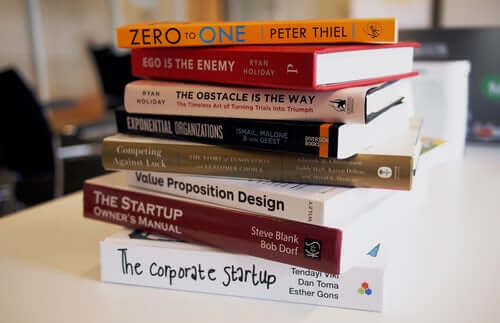 What are the Stages of the Marketing Product Life Cycle?

All products that are available to consumers are at some stage within the product life cycle. The product life cycle is a concept that refers to the stage’s a product goes through from introduction to decline(demise). There are four primary stages, as follows:


Each stage represents where the product is and helps marketing professional’s make forecasts and develop strategies for how to confront the next stage. Note that it does not define the strategy; it is only an analytical tool. Every product varies in how long it spends in a particular cycle, but in general a fad (fashionable clothing) moves through the life cycle fairly quickly; in some cases in a matter of weeks and durable goods (a refrigerator) can be in the maturity stage for many, many years.


When a product is initially launched into the market, it is in the introductory stage of the product life cycle. Sales generally increase at a slow pace and a company usually experiences negative profits. Negative profits occur as a result of the costs required to research and develop the product, initial manufacturing expenses and other costs associated with introducing the product (primarily marketing and advertising, distributor demand for higher margins, and production costs). Additionally, products in their introductory stage often require greater effort in personal selling; there needs to be an emphasis on having a sales force making many personal sales calls to introduce the product to distributors.


During the growth stage of a product life cycle, sales generally increase at an increasing rate and other companies enter the market, increasing competition. To offset this, larger established companies may acquire smaller companies that are offering a similar product. Additionally, as a result of increased sales, profits begin to increase at an accelerated rate until they peak, and then they generally decline with the rise of competition.


At this point in the life cycle companies place an emphasis on marketing their brand name and effective distribution becomes critical. For the company to maximize profits for the particular product they need to get their product in the hands of as many distributors and dealers as possible to ensure their market position is strong. It should be noted that distribution is more than getting the product out there; it includes placing an emphasis on capturing economies of scale from the perspective of 1) manufacturing the product at the least cost possible and 2) logistically moving the product as efficiently as possible to ensure transportation costs are a low as possible per unit- which helps with pricing; pricing will play a vital role as competition is increased.


The maturity stage is marked by increasing sales, but at a declining rate. This generally occurs as a result of market saturation; a product has been purchased by the majority of consumers that are likely to buy the particular product. This stage is generally the longest stage of a product within the life cycle and at this stage, products will get a make-over and new product lines are introduced. The introduction of a new product line may be in the form of offering new colors, or adding features. At this point companies spend less time improving the functional uses and more time reshaping or styling the produce. Additionally, companies begin to place an emphasis on the service side of their products in an effort to differentiate themselves from their competitors. Services may be in the form of offering strong customer support or repair services.


As mentioned in the growth stage, pricing plays a critical role, especially at this stage. In general, to maintain a strong market position a company will have to cut prices, which will also reduce profits- this not only affects the company, but it also has an effect on distributors who will inevitably reduce shelf space for the product (which means lower inventories and less promotional efforts on their part). To offset this distributor reluctance, companies will often place an emphasis on promotions to dealers and consumers. Finally, at this stage competition can be fierce marked by price wars to maintain market share.


When sales begin to decrease over an extended period of time, the product has entered its final stage- decline. At this point companies begin to put marketing expenses on the chopping block and production will decrease significantly (proportional to the rate of decline and the type of product). Items that are fads, or trendy, will often decline virtually overnight and leave huge excess inventories which can pose a problem for a company. However, some items have a less drastic decline which facilitates a more promising and graceful exit/abandonment strategy. This is where the pre-planned exit strategy becomes useful.

How to Start an LLC