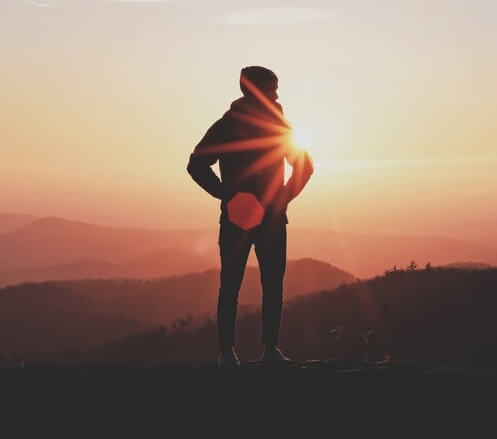 What are the Different Leadership Styles?

Organizational behavior and corporate culture are often driven by the leaders of the organization. And every leader has a particular style of leadership. While there are as many as 10 different styles, this article will focus on the 6 primary leadership styles based on an individual’s emotional intelligence; derived from research by Daniel Goleman. The six styles are:

Bear in mind that an effective leader never relies on one particular style to guide the organization or group. A smart leader will be aware of the situation, the dynamic that exists among people, and approach it with the appropriate style to ensure optimal results. From an educational perspective, leadership development has proven so effective for organizations that many MBA and MPA programs are designing coursework with a leadership focus.

A coercive leader places an emphasis on demanding instant obedience from the group. From a personal perspective they thrive on achievement, self-control and taking initiative. They typically do well under pressure and are quick to respond to times of crisis, by taking the reins and leading the group through the issue at hand with a fearless and assertive position. From a military perspective, think of a grumpy Sergeant Major that is well versed in confronting chaos and quickly resorts to previous experiences to issue out orders to the troops to overcome the obstacle at hand. The positive attribute to this leadership style is it brings order and direction to chaos, however in times of harmony when no crisis is present; this style of leadership is not productive. This leader is also distant and appears cold and separated from the group as a result of an apparent lack of empathy and compassion, which fosters an environment of independence and isolation and is counterproductive when there is an emphasis on group unity and group achievement.

An authoritative leader is the ideal leader and probably the most effective approach in an organizational setting. They are inspirational, effective agents of change, and they foster a corporate culture typified by positive performance. Authoritative leaders have a clear understanding of the corporate vision and they are able to generate excitement among employees to follow this vision. They can literally walk into a mess, where employees are kicking dirt at one another and walk out with a tidy room that has employees whistling and frolicking to the same tune! Some additional traits; they are motivators, with an aptitude for public speaking and possess charisma. I think of Steve Jobs when I think of this type of leader. He had a vision for Apple, as a result of his ability to see where technology is going, and he inspired his employees to follow his vision, creating a company that is as forward thinking as the products they develop. I’d even say that the products are inspirational all in themselves, and they are a direct reflection of his abilities to inspire creative, cutting edge technologies.

An affiliative leader places an emphasis on, and shows a genuine concern for, building personal relationships with personnel. They are compassionate and possess a high level of empathy, which they rely on to foster trust, innovation and to get individuals to be willing to take risk. An affiliative leader creates a harmonious environment, which facilitates comfort among personnel within the group; reinforcing flexibility and bringing about collaborative efforts. A good politician (not to be overly cynical here, but is this a paradox?!) will use this leadership style, in particular while on the campaign trail; especially when there is a high level of distrust among society for government. The politician will create a forum to facilitate the flow of communication between him and the group and he will place an emphasis on showing genuine concern for the people within the group and look for ways to relate and express that he identifies with them.

A democratic leadership style focuses on group collaboration, which occurs as a result of their emphasis on teamwork and group participation. With this leadership, the group arrives at a decision through their collective input, which facilitates a general feeling of empowerment as each member participates in the decision making process. Communication is extremely important for this leadership style. A positive attribute to this form of leadership is that because majority rules, a majority of the members will be satisfied with the results. However, those within that group that were outnumbered may feel a bit of resentment because they were not able to sway the group in favor of their position. What further exacerbates this feeling of resentment is that they were involved and consciously had personal investment in the decision process; whereas had the decision just been handed to them they would have likely just accepted it.

A pacesetting leader emphasizes high standards and expectations. They are motivated and take initiative, and expect the group to follow suit. In order for this style of leadership to be most effective the group needs to be motivated and achievement oriented. Donald Trump is an example of a pacesetting leader, or at least it is a visible attribute to his leadership style. He’s a “go getter” and expects those that work for him to take initiative and to achieve.

The coaching leadership style places an emphasis on developing personnel and equipping them with necessary skills leading to personal and organizational success, with a focus on longevity. They delegate responsibilities that will challenge the individual, creating a positive and rewarding atmosphere that fosters a high level of personal gratification. The coach has a natural aptitude for gauging the level of competency of individuals and issues assignments accordingly. In the business world, I’d say Jack Welch is a great example of a leader that lived by the coaching style. He was a mentor and often focused on employee strengths and ways to improve upon them, as well as ways to help them reach their goals.

How to Star an LLC